Kisarta: 10 features that you will love

Hello everyone, it’s me again, Lupo, the co-author of the maddening world of Kisarta and today I’m here to try and give an answer to a question I heard a lot of times in these last few weeks: “what is Kisarta?”

Yeah, you can all read the description on the page of the Kickstarter ,but let me say something: there is much, much more to Kisarta than it hits the eye and every time I answered the question “what is Kisarta?”, more and more points came up depending on what the person I had in front of me found more interesting.

So here are 10 things that I think are the very soul of this setting:

A massive world to explore 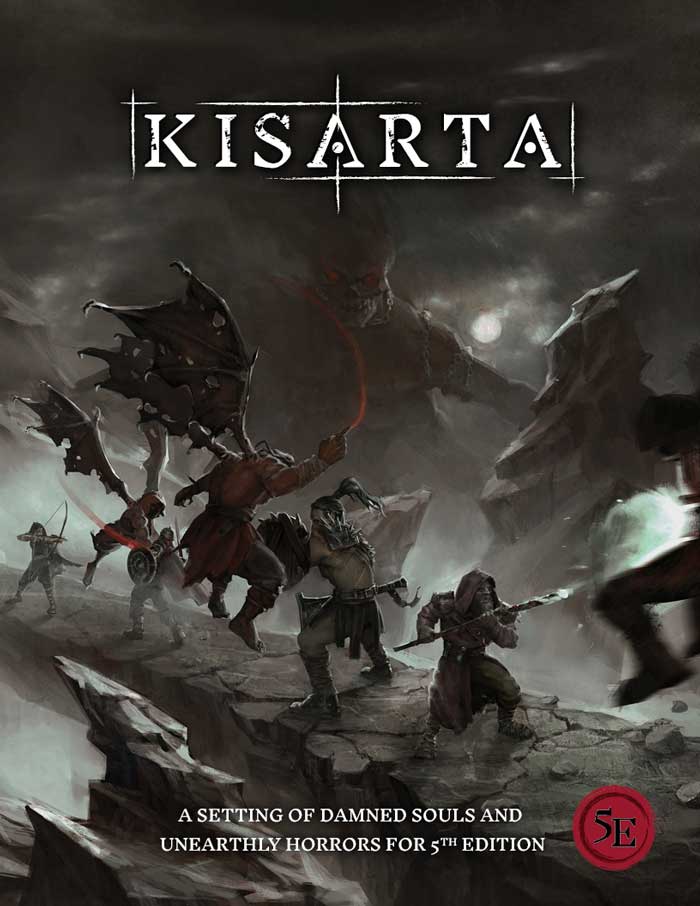 The world of Kisarta is huge. The city of Limbo is the result of literally entire ages of souls awakening in Kisarta, making it a city it takes entire days to cross. The other Dominions all have at least one “open” border that potentially continues into infinity and you can explore everything. Every street, every corner, forest, ruin, wasteland and the great unmapped “beyond” are completely open to you.

Every bit of lore in Kisarta is connected to something. You might not be entirely aware of that at the moment, but all elements of the setting’s lore we have placed in our Quickstart have a precise meaning – they are there for a reason –and the whole world of Kisarta and the game mechanics we introduced revolve around delving deeper and deeper into these secrets. Every answer will lead to another question. Immagine the lore of Kisarta as a pyramind you can start to climb from every possible point with the deepest secrets of the setting at its top. What is the Pale Sun really?

This is a point very relevant of Kisarta. This is because the “Goal” system we created for the game has been structured this way with the exact intent of giving PCs a good reason to explore the world and the lore of Kisarta: we placed these elements at the centre of the game experience, and not as a simple backdrop for your adventures.

The question-based personality traits creation system has resulted in very interesting characters this far – even by players who knew little about the world of Kisarta. Combine this with the strong and dramatic atmospheres of the game and the Goal-driven advancement system and the results are characters with strong motivations and deep backgrounds ready to bring some serious roleplay to the table. 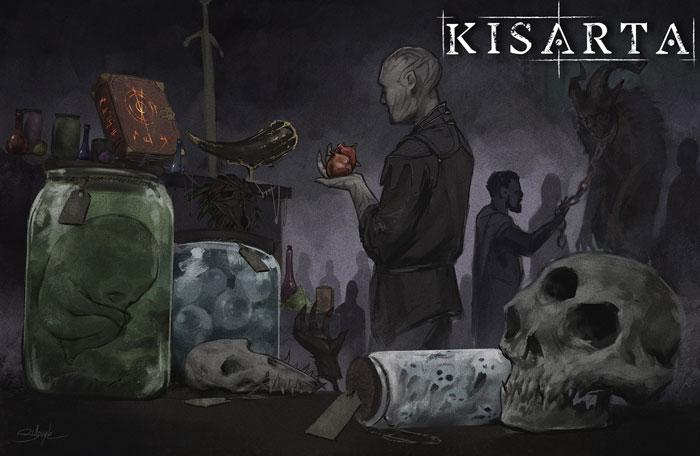 Kisarta is not your typical “horror” setting. When I wrote it, my focus was to create a world that would drive the Game Master crazy to fully understand, giving her in turn all the instruments to inflict upon players, even before characters, that feel of “something odd” that should accompany you at every step of the journey trough Kisarta!

‘Variety’ is the other keyword of Kisarta. I’ve done my best to introduce elements to create every possible kind of adventure within the Domains of Kisarta. You want intrigue and politics? Limbo and the bizantine civilization of the Whispering Desert are the right places. Maddening horrors? Go to the Nameless Abyss. Medieval-like kingdom with a tyrant ruler? The Radiant Citadel gives you all this and more. Ancestral spirits hunting you in the forest? Well, try surviving the Howling Forest!

Another major talking point has often been “how do you explain undead in a world literally filled with the souls of the dead?” Well… the line between “alive” and “undead” is a thin one and the only thing keeping your character from crossing it is “humanity”. As long as you cling to your “living” part, remembering how it was and acting as a living thing, it takes a long time before your soul finally fades, maybe without even becoming one of the undead. But if you lose your mind due to madness, corruption or the shock of dying too many times… that’s where you risk to become a mindless husk ravaging the Dominions in search for things to destroy and ether to devour! 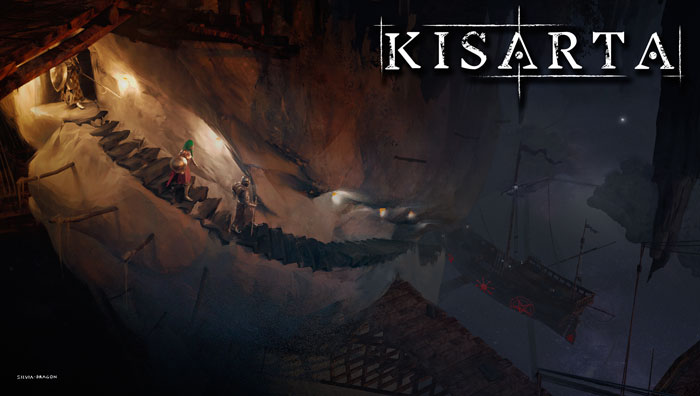 In the Quickstart you can already find three new backgrounds, three new races and a new class (up to level 3)… and that’s only the beginning! We’ll introduce one new subclass for every 5E “core” class, feats, new spells, and even more backgrounds for you to create every possible character you can come up with!

While there will be a lot of specific lore in the complete manual, we also plan to leave plenty of blank or not-so-deeply explained elements for you to imagine Kisarta however you want it to be. Maybe even creating connections and secrets that we didn’t expect!

A different approach to 5E

Last but not least, one of the things I love most about Kisarta it’s that it is a completely different take on 5E if compared to most products. The complete shift of focus from high adventure and dungeon-crawling to extensive lore, plots, conspirancies and a deep sense of dread and peril makes it something slightly different while still familiar – creating a new and unique gaming experience for both game masters and players.